To try the Open G tuning you can find here simple basic chords in the Open G Tuning. With these chords you can play a Blues in G, also with the bottleneck (slide). Of course there are endless chord variations in Open G. But with these simple guitar riffs you can get to know this tuning and just have fun.
The numbers show the intervals in the chords:

For the simplest guitar grip you don't have to grasp at all. You simply strike the strings, preferably from the 5th string on. Here we already have our G major chord. In the open G tuning, the guitar is tuned to this chord. For our Blues in G this is the Tonic (I). 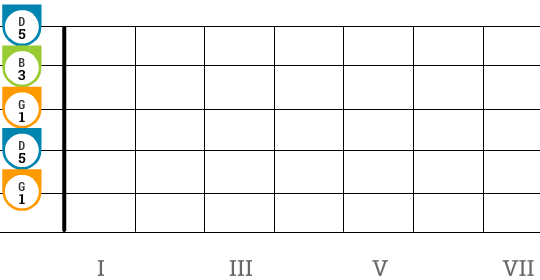 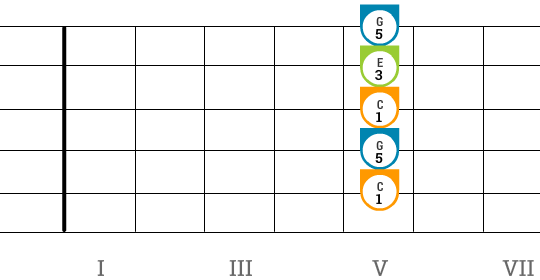 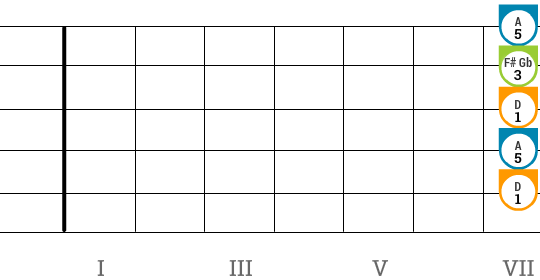 Chords with the minor seventh in Open G

In blues, chords with a small seventh, the so-called dominant seventh chords, are very often used. Here are the chords G7, C7 and D7 in the Open G Tuning. 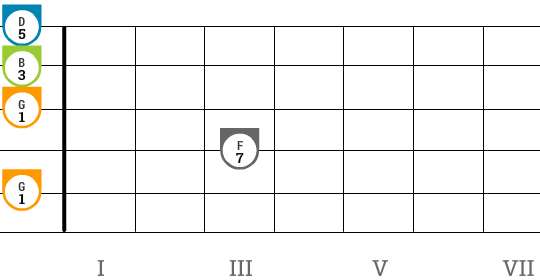 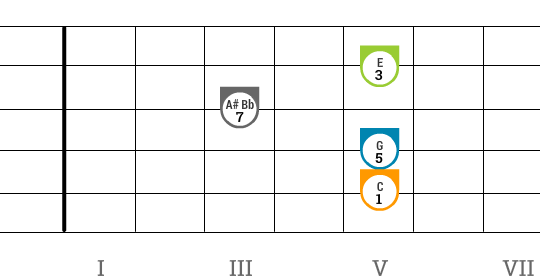 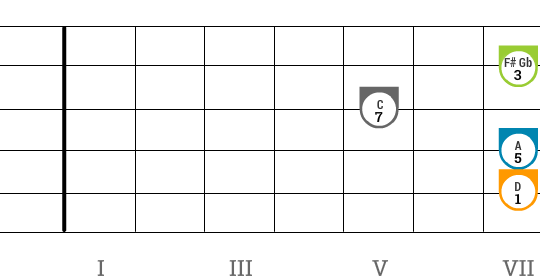